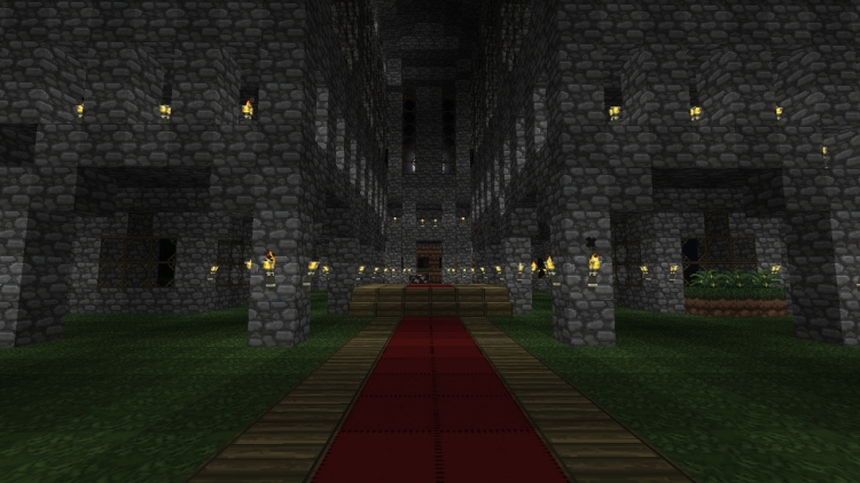 Using some knowledge of Gothic architecture and the game Minecraft as my medium, I built a cathedral in French Late Gothic style and attempted to be as historically accurate as 1 meter cubes would let me be.  Although the principles of actual cathedrals guided my design, the finished product is not meant to resemble any particular landmark from the real world.  I documented my construction hoping that it might serve as a lighthearted educational tool, like a 16-bit flight simulator or a gummy dissection frog.

About Gothic architecture (briefly)
I've broken my Minecraft cathedral down into a plan (which is essentially a blueprint), and an elevation ("cutaway" showing the structure).  I recommend checking out Chartres cathedral as a real life counterpart to my plan, and/or this succinct Wikipedia description which explains Gothic architecture in a bit more detail than I'll go into here.  Also, I shall henceforth be referring to my creation as "St. Kilometer Cathedral," since it was pretend-consecrated and that is what I named it.
St. Kilometer Plan (north is down) 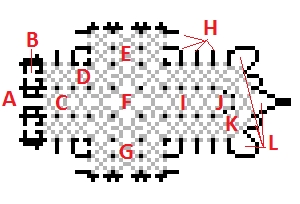 St. Kilometer Elevation
About Minecraft
Minecraft is a game in which players interact with a spontaneously-generated world composed entirely of 1m cubes.  Players collect various resource cubes (wood, stone, and dirt, for instance) and then may place them like building blocks in any manner they would like.  Players can also use these blocks as reagents to construct items and tools including torches, mining picks, axes, shovels, armor, and weapons to aid them in their adventures.  Monsters emerge at night, and players encounter threats like lava, falling damage, or becoming lost on a regular basis.  The world is fraught with peril, and the danger adds an interesting challenge to large building projects such as this one.

This cathedral was built on a "survival" multiplayer Minecraft server with zero helpful modifications, meaning I had to deal with gravity, plenty of enemies night, usually-helpful-but-sometimes-nefarious neighbors, and many other encumbrances to my character's mere existence whilst building this.  You might say this was built in an authentically "medieval" setting. My character also "died" many times during this build. Read on to find out more about that!